Consequences as summarized by Adam Clymer: 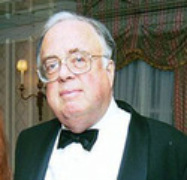 "Thirty years later, with the canal running smoothly under Panama’s control, it is hard to recapture the emotions that made it such a potent issue in the ’70s. The debate
left the Panama Canal undamaged, even thriving, but it scarred American politics."
Source: Adam Clymer, Washington Correspondent, New York Times, March 15th, 2008
Click on pictures for more information.