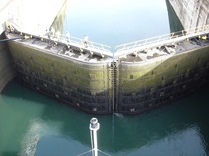 "The Senate's approval of the Panama treaties avoided possible disaster. Otherwise, the Panama Canal might very well have been closed. And we might have had fifty thousand or more young Americans on the isthmus, trying to restore the waterway, killing Panamanians, and being killed in turn."    Source: Panama Odyssey by William J Jordan page 626
DeConcini Reservation cited during 1989 Invasion of Panama

The Good and Bad Effects of Continuous Coverage

"The broadcasting of Senate debate has led to two things.  First, it has increased the public's awareness of what happens in Congress.  This is a good thing.  But, it has also led members of Congress to stake out extreme positions in a very public way.  As a result, subsequent compromise is more difficult.  This is has made it more difficult for Congress to resolve important policy questions.  This is a bad thing"  - Email Interview with Forrest Maltzman, March 13th, 2011 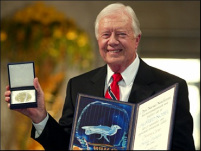 Carter's efforts on the Panama Canal contributed to his 2002 Nobel Peace Prize.The treaty sent a message to the world that a democratic nation can be fair.

"That's my own personal belief, which may not be completely provable...But I think it had a major impact all over the world - to show that a democratic nation can be fair. Even though powerful enough to dominate others, we chose not to dominate, but to treat them as equals and to treat them with dignity and respect."- Jimmy Carter  Source: Savvy Navigator of a Turbulent Canal, Janelle Conaway

The support of the senators who were elected after the Panama Canal Treaty negotiations allowed President Reagan to cut taxes and increase defense spending.

"...Reagan obtained legislation to stimulate economic growth, curb inflation, increase employment, and strengthen national defense. He embarked upon a course of cutting taxes and Government expenditures, refusing to deviate from it when the strengthening of defense forces led to a large deficit." - Source: www.whitehouse.gov