Debates raged within the U.S. Senate about giving control of the Panama Canal to Panama through the Carter-Torrijos Treaties. The treaties were signed on September 7th, 1977. After months of intense debates and many concessions, President Carter signed the official transfer documents on June 16th, 1978. Handing over the canal was the right thing to do but, it came with its successes- a more efficient and profitable canal, failures- derailed political careers, and unintended consequences- rise of the new right. 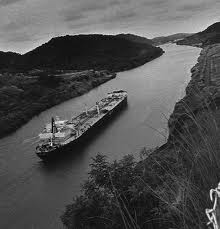 "Why Give it Away?"
Source: NPR All Things Considered - March 24, 2008
Click to continue to "Background"